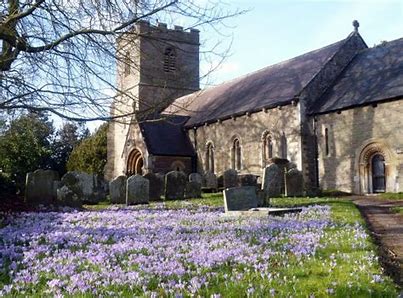 In searching for early colonial ladies for my continuing Founding Mothers blog, I came upon one who does not quite fit the bill but is so outstanding that I decided to include her, anyhow: Susanna Harvey Hopton.

Susanna Harvey was born to Sir Simon Harvey and his wife, Lady Ursula, in 1627, the last of six children. She was baptized 27 October at the Church of St. Martin in the Fields, in London. Sir Simon worked in the royal household as an organizer of events, purchaser of food and supporter of His Majesty. His brother, Sir John Harvey, was the despotic governor of Virginia 1628-1639. This tenuous relationship with the founding of the United States is enough to allow Susanna into the elect Founding Mothers blogpost.

Sir Simon died the year after Susanna’s birth. Her mother raised the children alone for some time. The family, it would seem, would have remained royalist in their views, considering their source of income was directly from the king for some years. When Susanna was fourteen, Lady Ursula remarried. The new stepfather was a parliamentarian, the liberal side of the upcoming Civil War. Susanna, being a staunch royalist, was most likely opposed to such a marriage. Her uncle, Sir John, having recently returned from a rocky term in Virginia, likely supported Susanna’s position, although he was not happy with King Charles at the time.

Susanna did not give up her support of royalist values, even after the King was executed in 1649. By the age of 24, she had become a royalist agent, collaborating with Richard Hopton, a barrister and judge from Kington, Herefordshire. At the same time as she was doing that, Susanna had made the acquaintance of Fr. Henry Turberville, a Catholic priest. Long talks with him convinced Susanna to convert from Anglicanism to Catholicism. This few years’ engagement in Roman Catholicism remained a defining event in her spiritual development and had a powerful influence on her subsequent writing.

She, in turn, referred to his poems in her works. Her works include:

As Susanna and Richard worked together, they fell in love, even though Richard was almost twenty years her senior. His large concern was her conversion. He worked to reverse her beliefs by plying her with writings by William Laud, Thomas Morton and William Chillingworth. All three were leading theologians of the day. In 1655, having been converted back to Richard’s belief, the two were married. She was 28. He was 47.

The marriage was a loving one. They lived in Kington and were socially quite active. Although without formal education, Susanna wrote extensively and adapted Roman Catholic devotional sources for Anglican use. She had a close relationship with many influential men, who helped her to publish some of her works anonymously. Other works were published posthumously. Thomas Traherne, a young minister, dedicated many of his mystic poetical works to her. She, in turn, referred to his poems in her works. Her works include:

In her later life, Susanna was known for her self-discipline and acts of charity.

Richard died in 1696, probably 88 years of age. After living in Kington for years, and some other places for extended periods, Susanna moved to the larger city of Hereford. There she died 12 July 1709 at the age of 81. She was buried in the chancel of the church at Bishops-Frome.

Her works were frequently reprinted, and she herself was commemorated in compilations of the lives of celebrated women for a hundred and fifty years after her death.