An Interview with Tamar Anolic 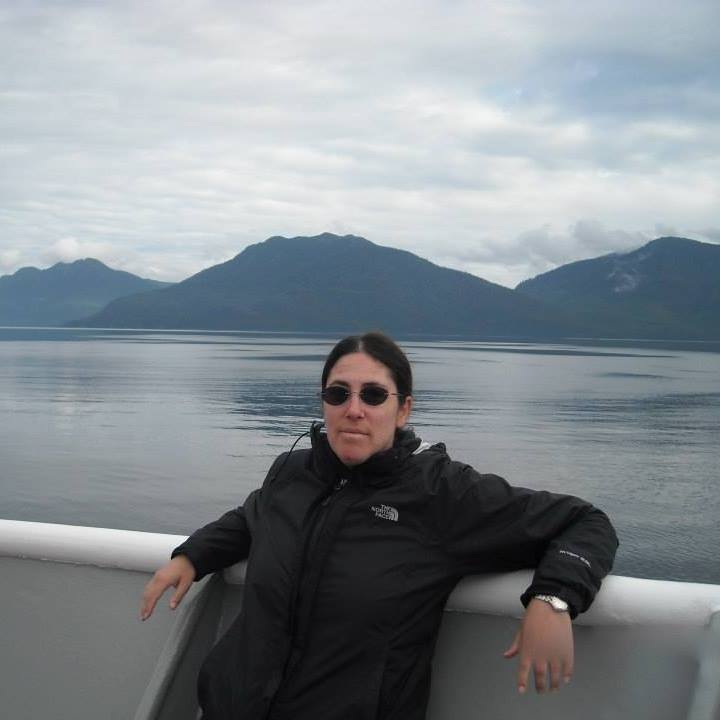 I interviewed Tamar Anolic, an up and coming author recently. She was willing to answer all my questions. Thank you so much for speaking with me at length, Tamar!

I am a writer out of the Washington, D.C. area. I am the author of two novels of alternate historical fiction that focus on the Romanovs and Imperial Russia. The first is “Triumph of a Tsar,” in which the Russian Revolution is averted and the hemophiliac Alexei, son of Nicholas II, comes to the throne. The second is “Through the Fire: An Alternate Life of Prince Konstantin of Russia,” which examines the life that Konstantin, cousin to Alexei and Nicholas, might have lived if the revolution had been averted. “Through the Fire” is a novel in short stories; each chapter is short story that stands on its own, but as a whole, the novel tells the story of Konstantin’s life.

I’ve been writing since I was a kid because I liked making up stories. I’ve been interested in the Romanovs and Russian history for close to twenty years now, and in all of research, I wondered what kind of tsar Alexei would have made. He was often a headstrong child, but he was also sick a lot, which gave him compassion for the suffering of others. The Bolshevik revolution’s ending of the Romanov dynasty and of Alexei’s life only added to my fascination. Eventually, I found myself what would have happened if the Revolution had never occured and Alexei had become tsar- who would he have married? Who would his four sisters have married? How would Alexei’s hemophilia have affected him into adulthood? Where in the Romanov dynasty could history have been different, enough to avert the Revolution? All of that speculation and plotting turned into my novel, “Triumph of a Tsar.”
While I was writing “Triumph of a Tsar,” I continued studying photographs of the Imperial family, to keep the faces of the people that I was writing about strong in my mind. During that process, I came across pictures that I had seen previously, but these images took on new significance to me as I was writing. This includes pictures of the poet Grand Duke Konstantin and his children, because his son, Prince Igor, is Alexei’s aide-de-camp and has an important role in “Triumph of a Tsar.” But photographs of Igor’s brother, Prince Konstantin, also jumped out at me. Prince Konstantin had suffered heartbreak when his proposal of marriage to Princess Elizabeth of Romania was rejected. Konstantin also had translucent blue eyes that I found captivating, so even while I was writing “Triumph of a Tsar,” I knew I wanted to write something about Konstantin. At first, I thought it would be a single short story- the story “Before the Fire,” which is the first thing I wrote about Konstantin, and which was published in the journal “The Helix.” Before I knew it, however, more and more stories about Konstantin started flowing, including the short story “Rumors of War,” which was published in The Copperfield Review. Soon, I had enough for a book-length project, and this became “Through the Fire.”

Because my historical fiction is alternate historical, the development of these stories came about as a unique blend of studying what actually happened in history, what my characters were like as real people when they were living- and then projecting that into a future that was very different from the course that history actually took. With “Triumph of a Tsar,” I thought that Alexei’s hemophilia and his need to manage it would make him careful of his health and mindful of the need to marry young and produce an heir, while all the while doing as much for Russia as he could during the short lifespan that he thought he would have. With “Through the Fire,” I thought that Konstantin, who was devoted to his regiment, would stay in the army for life, and that it might take him a few years to find another bride after his first proposal was rejected.

It’s hard to say that I have a single favorite writer. However, there are definitely writers whose work has given me either a solid background in, or a new way of thinking about, the Romanovs’ history. There are also authors who have helped me think about how to write about the Romanovs in fiction while remaining true to who they were as people. These authors include Robert Massie (who wrote “Nicholas and Alexandra” among other famous books); Simon Sebag Montefiore (whose recent book “The Romanovs: 1613-1918” is about the whole of the Romanov dynasty and highlights both the early Romanov rulers and their connection to Nicholas II and his immediate family); and novelists such as Laura Rose, whose book “The Passion of Marie Romanov” is a good example of faithfully bringing an underrepresented Romanov to life.

I’d have to say that both Alexei and Konstantin are my favorite characters. Both “Triumph of a Tsar” and “Through the Fire” really wrote themselves in a lot of ways. With “Triumph of a Tsar,” it was a lot of fun to give Alexei the character arc that he was denied in real life, and to watch Alexei become a full-fledged adult and active participant in history. With “Through the Fire,” it felt incredible to give a voice to one of the more junior members of the dynasty, about whom so little has been written, and who often gets overlooked.

​ As for upcoming projects, I’ve been selected to speak at the Historical Novel Society’s North American conference at the end of June. I’ll be speaking about the Romanovs and the Russian Revolution- different ways that the Revolution could have been averted, and how to write about the Romanovs as characters in historical fiction. I’m excited about both the topic and the conference- there are a lot of interesting topics and speakers on the program, and I think the conference is going to be great. 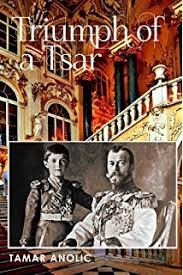