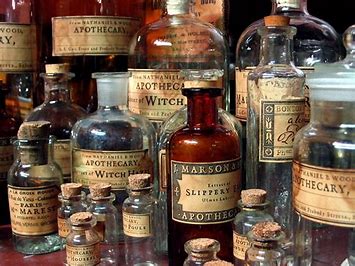 Mary was one of eight children of Reverend Francis and Bridget Doughty. The reverend was ostensibly an Anglican minister who seemed to always have his own opinion on how things really were and how he should preach the word of the Gospel. Many credit him with being the first Presbyterian minister in the Americas. Most thought he was a crazy windbag. He lost his church in England after saying that the king had been elected. He then brought his family to Massachusetts, where he had difficulty getting and holding on to a church. He tried his luck in Providence, Long Island, Manhattan and Flushing before moving to Maryland.

Living a very unstable childhood, Mary finally met a stable, intelligent man, at age 17. Adrean Von der Donck was a multi-talented man eight years her senior. He already had an impressive career as a lawyer, explorer, political advisor, writer and, it appears, surgeon. After their marriage in 1645, Adrean patented thousands of acres of land on the mainland, just north of Manhattan island. The area eventually became known by an anglicized version of the Dutch word for gentleman, “Jonker” (Yonkers). They built a house there but did not spend much time at home. Adrean was sent back to Amsterdam for three years and did not return until 1652/3. While in Amsterdam, he published a very precise, descriptive book of the lower Hudson Valley, considered remarkable in scope. Returning to their plantation, he died within two years. Mary was about 27 when she was widowed. She may have had one son. Historians are unsure of this child.

A year or so later, Mary married an Irishman who had shown up in Manhattan, Capt. Hugh O’Neale. Their first child, Daniel, was born in New York. Since her father had already moved to Maryland, Mary and Hugh followed him down. The large plantation was left in the hands of her brother, Elias Doughty, to manage. He soon sold it.

The reverend had moved on to Virginia, where they briefly followed, only to move to Charles County, Maryland, soon after. This was a spot on the north shore of the Potomac River, not too far from the capital of St. Mary’s. Hugh became known as an Indian fighter, there. They developed a plantation of several hundred acres.

Here, Mary set up practice as a “healer”. She worked with herbs, but occasionally added surgery to her repertoire, seeing as she had been married to a man who could do surgery. There was no control of shysters, at that time, and it is not known whether Mary was really any good at her chosen profession. Seeing as how she was brought to court, often, we wonder how well versed she was in aiding others. Some of the suits were patients trying to get refunds, others were to defend her mistakes. Some were brought against clients demanding payment. There are almost a dozen court dockets from the 1660s and 70s with Mary and Hugh as participants. Often, they lost.

Mary had three more children, Charles, Joy and Winifred. She lived to see them all grown. Mary died in 1689. Hugh lived on until the beginning of the 18th century.