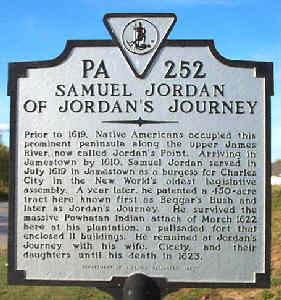 Cecily Farrar is considered the first Southern belle, the first to master flirting in Virginia. Needless to say, she was beautiful. She was also quite a good business manager.

Cecily was the daughter of Joan Phippen and Thomas(?) Reynolds, a sea-faring man. Cecily was born in 1600, the same year her father died in a sea disaster. She was his only child.

Joan, only just past 20, remarried William Pierce, an up and coming politically active man and soldier. He soon saw the wisdom of signing up to join the Virginia Company. They had a child, Jane, in 1605. By 1609, William had decided to go to Virginia with the family. Mother, father and Jane left on two separate boats, leaving Cecily behind with relatives, to await orders to come.

Joan and Jane, on one boat, were hit by a hurricane but made it through, landing in August, 1609. William’s ship was damaged, landing in Bermuda with two other ships. It took months to rebuild one ship out of the ruins. He finally made it to a reunion with Joan May 20, 1610, introducing her to his travel mate, John Rolfe.

Cecily finally was called and she arrived in August, 1611, during the Anglo-Powhatan war. She was 11. The war ended in 1614, when John Rolfe married Pocahantas.

In 1618, the governor proclaimed a title of “ancient planter” to anyone who had lived in Virginia for three years and had paid their passage. Each of those planters would receive 100 acres. Cecily met the qualifications. She was only one of four women who did.

In the year 1620, she married Samuel Jordan and moved to his new estate. This was a 450-acre plantation on the James River, which eventually was called Jordan’s Journey. Jordan was considerably older than Cecily. He had a son her age. With the couple lived a little girl named Temperance Bayley, the heiress of the large estate next door. It appears that a Mr. Bayley may have been Cecily’s first husband, dying and leaving her with a baby. We may never know who are the parents of Temperance, but it seems strange for the Jordans to take her in if they had no interest. The next year, the couple welcomed a daughter, Mary.

1622 was a bad one. The surprise attack by the Indians killed a large portion of the population. Jordan’s palisaded fort became a haven for many who were not lucky and lost most of their possessions. One of the men who moved to the compound was William Farrar, a lawyer, who went to work for the couple and built up the plantation.

Right after the first of the year 1623, Samuel died. Cecily was pregnant with her daughter, Margaret. Within days of the funeral, the minister who had presided, Rev. Grenville Pooley, decided that the widow was too good to pass up. He came to visit her and offered her marriage. Having been widowed less than a week, she may not have been interested. She suggested that they not discuss it until after the birth of the baby. He took it as a yes and started to brag around the neighborhood. A few months later, Cecily contracted herself with Mr. Farrar in front of the governor and officials. Pooley sued for breach of promise and this was the start of a two-year law suit. There are witness testimonies extant today, giving credence to her side of the story, that she didn’t mean to get engaged to the minister. Eventually, Pooley found another woman who was acceptable to him and dropped the law suit before it got into court.

Cecily and William Farrar lived on Jordan’s Journey together. In the 1624 muster, they are listed as co-heads of the place. They quickly married as soon as the law suit was over. They had three children, Cecily, William and John. Within a few years, they moved to William’s plantation near Henrico where the younger children grew up.

William died in the mid-1630s. Cecily may have lived on for years, enticing people with her beauty and social skills. But she may not have married again.