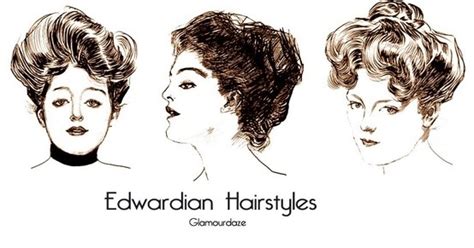 The second decade of the twentieth century was one of glamour, glitz and societal norms. English and American styles were dictated by the style dictators in Paris. This ended with the Great War. Society changed in those four years. Life changed. It would never look the same, again. And neither would the styles women wore.

Hairdos were, literally, over the top. Exaggeration to please and impress was extreme. Hats and accessories for the head never were so excessive. Hats grew larger and larger through the early 1900s until the war began and the balloon of enthusiasm for ostentation was burst. Hats returned to normal size quickly. Hairdos became part of the hat for a few years, spreading horizontally with a flat crown on which to place the hat. Luckily, that trend did not last. The women had so much hair and hat that, going to a matinee, they would be asked to remove their hats so that the people behind them could see the screen, or stage. The hats were so big, the hat pins could be 14” long.

The common pompadour was hair piled high, curved away from the head. The hair was back combed and rolled, often, over a rat (a collection of matted hair kept together with netting or other items) or over a wire frame. Back combing could be used to form a matted foundation, with the outer layer of hair brushed over the whole.  The hair could then be swept into a bun or chignon. It could be presented straight or curly, with soft curls or frizzy. A cartwheel hat style was one in which the hair was styled to the sides, instead of up, with rats in place to support the hat. The collage loaf was a pompadour with a bun at the crown. Oh, where did they find the rats? Waste not, want not. Women cleaned the hair out of their combs and collected enough to form the rats. The interesting thing is that the ears were mostly hidden in these years. The hair was too important to share with anything.

Evening hairdos were designed for use without a hat. The styles began with a pompadour, then, variations were applied. Height at the nape or crown were commonly added with the rats, combs and hair pieces. Marcel waves were very common. These were horizontally placed waves, typically achieved with a Marcel tong, a curling iron that was placed in the fire before use.  Hairbands, flowers, ribbons, metal décor…all were added to enhance the look.

Little girls often, wore their hair down or in braids for the middle class. Teens tended to plait their hair into one braid, tucked up into the nape and secured with an oversize bow. For formal dinners, they would put their hair up. It needed quite a bit of practice. Young ladies would not wear their hair down once they were “in society” around age 17.

Around 1909, the Bob, or short haircut, started being seen in the avante-gard circles, mostly in Europe. These short hairdos were supplemented with false buns or curls as events required. It did not reach its heights of popularity for another ten or twelve years.

The Great War began in the summer of 1914. An almost immediate change in hair styles showed up. Ribbons and flowers in the hair gave way to more austere, demure looks. The pompadour and rats were still there, but the effect was more sedate with fewer feathers, jewels and height. And, as the decade progressed, the hats and the hair became simpler. By the end of the war, hair was less complex and getting shorter. Most hats were small-brimmed and simply decorated. Times were changing.