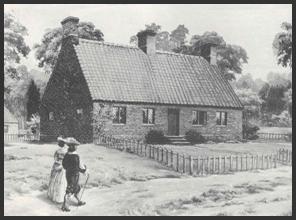 Elizabeth Wormeley was apparently a beautiful young lady from a very fine family in the new colony of Virginia. She was born in the early 1620s in England, most likely. She and her family emigrated to Virginia when she was still young.

In the mid or late-1630s, while still a teenager, Elizabeth married Richard Kemp, a widower with no children. At the time, he was secretary of state to Governor John Harvey.  Richard was significantly older than Elizabeth, being in his mid-30s at that point. Their early married life was filled with events that are read in history books. Richard stuck by his governor during the attempted coup of 1635. Harvey was arrested and sent to London for a while. Two years later, a Reverend Anthony Pantone was sued for mocking the secretary of state, some of which are very funny. Richard was out of a job for a while but reinstated in his job when Governor William Berkeley, the pompous royalist, came to power.

Richard built the first brick house in Jamestown right around the time of their marriage.  It was described as the fairest house in the colony. Just two years later, Richard bought a plantation from George Menefie, one of the members of the attempted coup, and named it Rich Neck. It was a mile from the northern shore of James River. Elizabeth and Richard had two children, Richard, Jr and Elizabeth, who died around the age of four soon after her father, who died some time between January 1649 and October 1650.

Although Richard’s will specified that Elizabeth should sell Rich Neck and move back to England, she chose to do neither. On October 24, 1650, Elizabeth married Sir Thomas Lunsford, a man 20 years her senior.

Lunsford was a wild child, who entered into the life of a soldier during the civil war in England. He was declared an outlaw on several occasions and spent time in prison. He came to Virginia around the same time King Charles I lost his head. He brought his young children from his second marriage. A weather-beaten man, with faded red hair and a lame leg from a battle injury, within months he met and married Elizabeth, who was in her early 20s at this point. He had appropriated over 3000 acres of land on a bay on the south side of the Rappahanock River, where he intended to build a plantation. The plantation was named Portobacco. He was quickly made lieutenant-general of the Virginia military, a member of the governor’s council. However, he died somewhere between 1653 and 1656. Eljizabeth was left with a baby, or toddler, named Catherine. Lunsford’s other children were sent back to England. By  April, 1656, Elizabeth, being referred to as Lady (or Dame) Lunsford, was doing business under her own name. After all, she still had the 1200-acre Rich Neck as well as the developing new plantation. Her annual income from all that tobacco was pretty substantial. Trading real estate gave her even more income.

In 1657, Elizabeth married Robert Smith, a man of her own age, 27. He had served in the king’s army before the civil war and had arrived in Virginia in some unknown way, being as he was probably wanted in England. Governor Berkeley invited him onto the council by 1659 and made him a leader of the militia. He was named major-general in the war between England and Holland in 1666.

Together, Elizabeth and Robert built Brandon plantation on the Rappahanack River, after selling Rich Neck. It was not too far from her brother, Ralph’s place, Rosegill. This marriage lasted about 30 years and produced several sons. They lived through the Bacon Rebellion with little damage to their home and family. They lived the gentleman’s lifestyle, dying at a relatively old age.