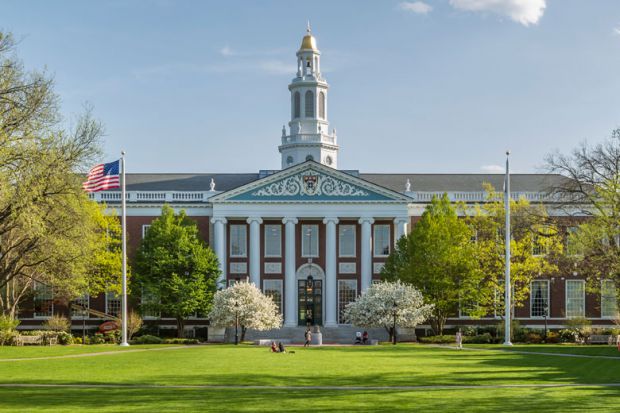 This is the story of three families: the Graves, the Eatons and the Bootons.
The first family, the Graves, starts with Thomas Graves, gentleman, joining forces with several other men to form the Virginia Company, a subsidiary of the London Company. The other two subsidiaries were Plymouth and Somers Island (Barbados). The London Company was a stock company with the dual purpose of establishing colonial settlements and profiting from cash crops such as timber and tobacco. Although it was a privately owned stock company, it was granted a chapter by the new king, James I, which gave it a monopoly to explore, trade and settle.
Today we don’t see a problem with investing in stocks, but this stock was quite expensive. Pamplets and broadsides had gone out all over England advertising a chance to buy in. But the cost of one share was 12 pounds, 10 shillings, about a six months’ gross salary for a blue collar worker. Thomas Graves bought two shares.
On April 26, 1607, the first settlers of the company landed at the southern edge of the mouth of Chesapeake Bay, naming it Cape Henry. It is quite close to present day Virginia Beach.
A week later, after having been attacked by Indians, the settlers sailed 40 miles up the James River and established the Jamestown Settlement.
Thomas Graves arrived in the third ship, the second supply ship, in mid 1608, leaving his family behind. Despite the extra supplies the company struggled, especially financially. Part of the problem was lack of labor. Starvation and Indian attacks, as well as a ridiculous concept that “gentlemen don’t work” slowed down development.
Despite the fact that over 500 colonists set sail for Virginia by 1608, only 60 people had survived to receive the new governor in early 1610.
However by 1612, due to Thomas Rolfe’s experiments, sweet tobacco from Barbados was mixed with the sour tobacco available locally and the export business took off. Still with a labor shortage, a system of indentured service was developed by 1619, in which four to seven years work for the company was exchanged for passage, food, protection and 50 acres of land at the end.
In 1621, the colony was having trouble meeting taxes of the Crown. The following year, one quarter of the population was killed during the Indian Massacre of ’22. Taxes were even harder to pay without people to harvest the tobacco. The king rescinded the charter and turned the status into a royal colony with a king-appointed governor.
Thomas Graves, who had bought two shares for 25 pounds, received 200 acres for his personal use. Apparently he took the ships back and forth between Virginia and London a number of times since he does not seem to have been much affected by the massacre or the starvation. And eventually, probably 1612, he brought his wife and two baby boys over. On June 30, 1618, Graves was sent out from Jamestown with a small band of settlers to establish the hamlet of Smythe’s Hundred ten miles from Jamestown. When the house of Burgesses was established in 1619, he was a delegate.
Smythe’s Hundred was abandoned after the massacre and he next moved to the eastern shore by early 1524. In 1625, the hamlet had 51 inhabitants. He became commissioner of Accomac County in 1629 having received twoo hundred acres the year before as payment for finding indentured for which he was paid 50 acres per servant. He was commissioned captain and served as a burgess for Accomac County in 1629-30 and again 1632. Graves was also a vestryman for the new church in 1635. He died in late 1635/early 1536, survived by his wife Katherin and children John, Thomas, Ann, Verlinda, Katherine and Frances.
Hungars Parish, Accomac County, was a sizeable hamlet by 1635. The first minister was Rev. Francis Bolton, but he did not last too many years. The first vestry meeting was Sept. 29, 1635. The vestrymen (parish council but with more power) were William Cotton, minister, Thomas Graves, Obedience Robins, John Howe, William Stone, William Burdett, William Andrews, John Wilkins, Alexander Mountray, Edward Drews, William Beneman and Stephen Charlton.  To demonstrate how small the number of settlers, William Stone, William Cotton, William Burdett or their children all married into Graves’ family.

The story now goes to the next generation, Ann. Ann Graves was born in the colony abpout 1620. At the age of 15, her father became vestryman in the Hungars Parish church. And the minister was William Cotton, recently arrived from England.
Cotton was the son of Andrew and Joane Cotton and was a graduate of Exeter Collee, Oxford University. Born about 1610, he graduated 1634-5 and was in Hungars Parish by February, 1634. Ann married William within a year or so.
One must understand the institutional structure of ecclesiastical feudal rights to dues, fees and perquisites common in England and Anglican Virginia. So, it should come as no surprise to find a minister in the wilderness of Virginia aggressively collecting tithes or “God’s feudal dues” in order to advance his own modest but worldly career. It is amazing that Mr. Cotton used open litigation sanctioned by the local county court.
It all began when the General Assembly in Jamestown insisted on the compulsory payment of tithes to the Anglican Church of Virginia. The tithe was set at ten pounds of tobacco plus one bushel of corn per “tithable” with a surcharge payable in livestock. And failure to pay was punishable by twice the fee. Local church wardens were ordered to attach goods belonging to the delinquent parishoners. In January, 1633, the County Court of Accomac acknowledged the enactment.
In December 1633, the commissioners of the county again requested the church warden to initiate attachment proceedings. The following February, Mr. Cotton personally appeared before the commissioners to complain that the church warden was obstucting the progress of justice by “failing to obtain warrants and attach the goods owed to him as parish minister”. In other words, Cotton was identified with the church. All things owed to the church thus were owed to him, personally.
Although relatives and friends joined the vestry to assist in the situation, Cotton eventually attacked the estate of the now deceased church warden and walked away with 300 acres of land.
Cotton died young in early 1640 and in his will, he left his land to his unborn child, who turned out to be a girl, named Verlinda, after her aunt.

Now we move, briefly, to Boston where Nathaniel Eaton lived with his wife and children. Educated at Westminster School and Trinity College of Cambridge, in England, he was good friends with John Harvard. They both immigrated to New England in the mid 1630s. Nathaniel’s brother, Theophilus, came about the same time, but, not liking the austere Puritanical policies of Governor Winthrop, moved on to found New Ha
ven in 1638.
Meanwhile, Nathaniel, seen as very educated, was invited by a committee to build a boarding school for young me. He was well funded and built both the building, planted an orchard, created its first semi-public library and established the colony’s first printing press. Yet, one year later, he was fired following allegations that he beat the students and his wife gave them unfit meals. Eaton was tried and found guilty. However, the lack of information lead to the establishment of court reporters.
About the same time that Eaton was fired, he was also excommunicated from the congregation in Cambridge. He also had some serious debts against him.
He decided it was wise to leave the colony and he headed for Virginia, with instructions to his wife to follow. He arrived in 1639-40. The rest of the family was lost at sea.
Eaton found a small church in Hungar’s Parish and became assistant to the minister. He met and married the widow Ann Cotton in short order. They had two sons by the time the New England debtors caught up with him. So, again, Eaton took off, this time back to England, in 1646-7. Ann thought he was dead. As it turned out, he was exonerated of 100pound debt after he left.
Later on Eaton was ordained an Anglican priest and appointed vicar of Bishops Castle, Salop in 1661 and rector of Bideford, Devon in 1669. But his debts followed him and he died in debtor prison in 1674.
Ann Cotton Eaton spent some years raising her children Verlinda, Samuel, and Nathaniel.
On June 8, 1657, she married again. This was another rector of the Hungars Parish church, Rev. Francis Doughty. He was 53, she was 37. Unfortunately, he was much of the same breed as the other two. He had been married before and had lived in Massachusetts before. There he had gotten into trouble with a church. He also had a several years long law suit with his sister over an inheritance before being dragged out of his church and chased out of town. Then he became a Presbyterian minister in Long Island before moving to Virginia.He had known her only a few months before they married. Later he became rector of Sittenborn and South Fardham in 1665. Apparently, he was opinionated and turned people against him. Around the beginning of 1668, he was told to leave the colony.
Ann was unwilling to move away from her family which now included four grandchildren and they divorced. In the divorce papers, Doughty claimed that the climate of Virginia no longer suited him, so he gave Ann 200 acres of land on the Rappahonnock River. In typical fashion, he gave the land a trustee, his son, Enoch, whose granddaughter married into one of my branches.
Verlina, Ann’s daughter, had married just after her mother had, on September 1, 1658, to Thomas Burdett. They had five children, Thomas, Eliabeth, Frances, Parthenia and Sarah. He died within 10 years. Shortly after, she became engaged to Rochard Boughton, who before their marriage, was appointed trustee for Ann Cotton Eaton Doughty’s land. She moved in with them and lived with them in Charles City Maryland until she died in 1686. Verlinda and Richard had four children: Samuel, Verlinda, Katherine and Mary. Verlinda died about the same time as her mother. Richard died in 1706.

Richard is not in my direct line. Either his brother or an uncle is the father of our direct line. However, it is pretty sure that Thomas Boughton, who arrived as an indentured servant in 1635, and bravely expanded his property, is our direct ancestor.